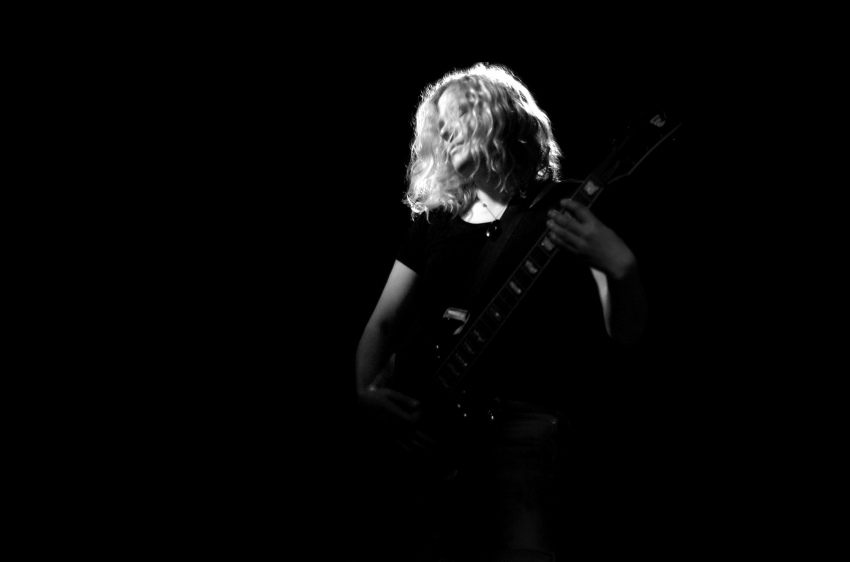 The first solo album by New Zealand musician and producer Leah Hinton (formerly El Schlong and Kobosh), was self-released on 19 March through Bandcamp (CDs). Leah wrote, recorded, produced and mixed the album, which she loosely describes as “doom-pop”, in her lounge in Berlin. She also directed and edited music videos.

Leah began her music career as a guitarist. At university, she formed avant-metal band El Schlong then spent the next 10 years touring around Australasia and Europe. She eventually settled in Berlin where she became fascinated by the possibilities of the recording, producing and mixing process as an extension of the creative songwriting process.

She built herself a home studio and started making music. She credits A Fault in This Machine to “DIY attitude, perseverance and Youtube tutorials”. The self-imposed isolation of being locked away by herself making the album resulted in a someone pensive documentation of the social distance people often drift towards in their 30s.